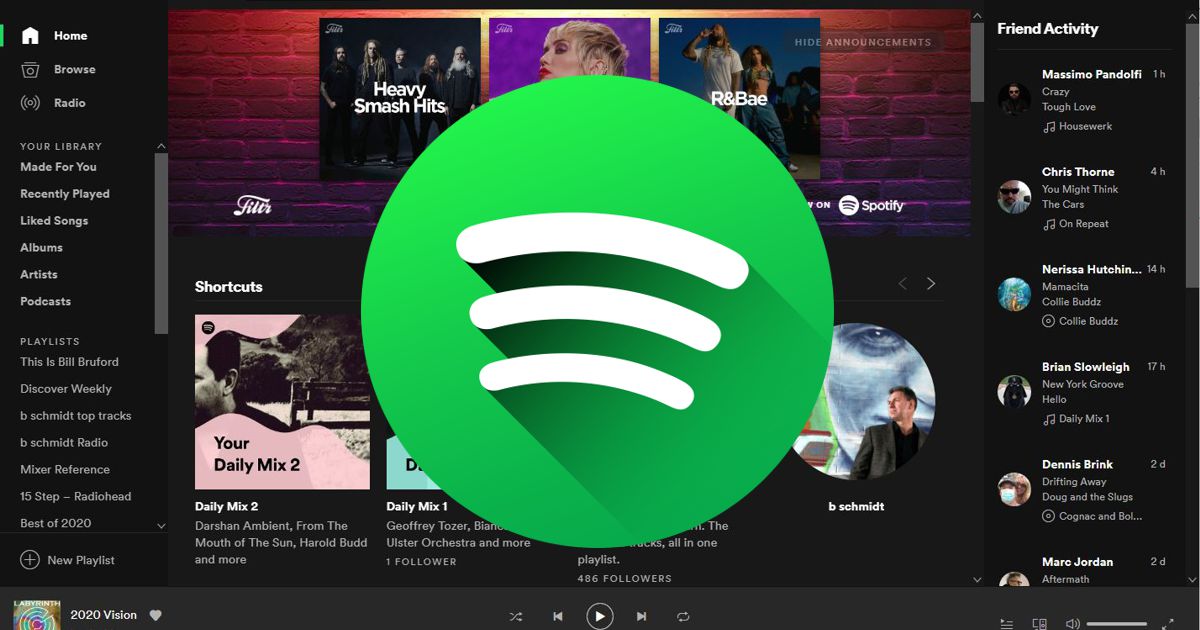 I’m currently working on my next album project Labyrinth and I’m taking a different approach to sharing the music, and it all relates to Spotify playlists.

Spotify’s Use of Playlists

Spotify’s emergence as a leading music platform has focused on playlists as the means to discover new music.

If you look at your opening screen in Spotify, examples of playlists would be “Your Daily Mix” or “Release Radar”. This is in addition to playlists you’ve created of your favorite tunes or bands. You might also be following favorite artists or checking out the playlists your friends have put together.

This means there’s an emphasis on having individual tracks appear in numerous playlist compilations versus releasing the traditional release of an album highlighted by one track.

In addition, Spotify uses algorithms to identify and promote tracks – the more initial plays you get with more listeners following you, the better your chances are of having your music added to the Spotify curated playlists.

When I released the album Bytes of Bartok (after working on it for two years) it was eight tracks released all at once, with one shot at promoting the album to Spotify music curators.

In hindsight, I should have released it one track at a time, thereby giving playlist builders multiple opportunities to sample the music.

So with Labyrinth, it’s a single at a time. Two tracks have been released so far –

with more still to come.

If you’re new to b schmidt and blue i music, please add your name and email and you’ll be the first to know when the next single Catching Fire is released (early November)